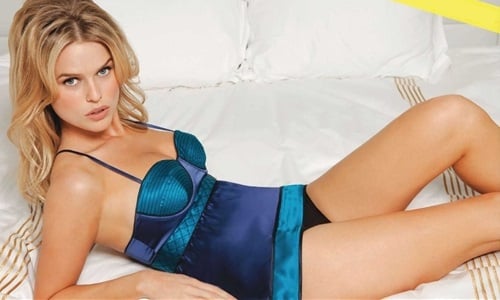 “Star Trek Into Darkness” star Alice Eve is a fine actress who has the uncanny ability to portray multifaceted characters with real depth of emotion using her bulbous breasts. Below are GIFS of Alice Eve (and her breasts) top 12 greatest performances.

In this scene Alice Eve artistically conveys unbridled joy by running without a bra.

Here Alice Eve’s breasts show her character’s conflicting emotions by hanging off to the side in opposite directions.

Alice Eve’s boobs perfectly display hesitation as they sit up in her push up bra.

The intensity of this scene is exponentially amplified by Alice Eve’s heaving bosom.

What a performance! In this one Alice Eve’s nipples jump to show her annoyance.

The brilliance of the subtlety of this breast acting can not be understated, as Alice’s mammaries complete the scene by appearing through her soaking wet white t-shirt.

Look at those dance moves! Such elegance and graceful movement! Few people know this but Alice Eve’s breasts are actually classically trained ballerinas.

A slight twitch of her nipple is all that is needed for her left boobie (nicknamed Stella) to steal this scene.

Alice Eve spreads her legs and says “it’s warm… and moist” as her breast looks on coyly.

Such range of movement! Such depth of emotion! How the Academy could ignore Alice Eve’s boobs work in this scene is a travesty.