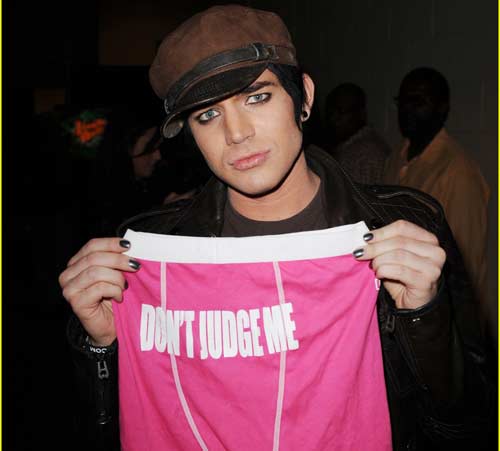 Rumor has it that singer Adam Lambert is close to inking a seven-figure deal to host a show on Nickelodeon aimed at teens. If our sources are accurate, the show, tentatively titled “The Adam Lambert Feel Good Rainbow Teen Diversity Hour,” will showcase Adam’s singing and dancing abilities while simultaneously combating heteronormative attitudes among teens in American society.

Each show will end with two teens picked at random from the audience competing in a dance off. Winners will be eligible to win a spot as one of Lambert’s backup dancers at next year’s American Music Awards.