Lindsay Lohan Not Slutting It Up For Court Today

Perhaps there was an ordinance change that no longer forces the American court system to require its attendees to dress like hookers. That is probably the only explanation for Lindsay’s fashion 180 from rap video eye candy to whatever the hell she’s wearing on the left. Stewardess casual? 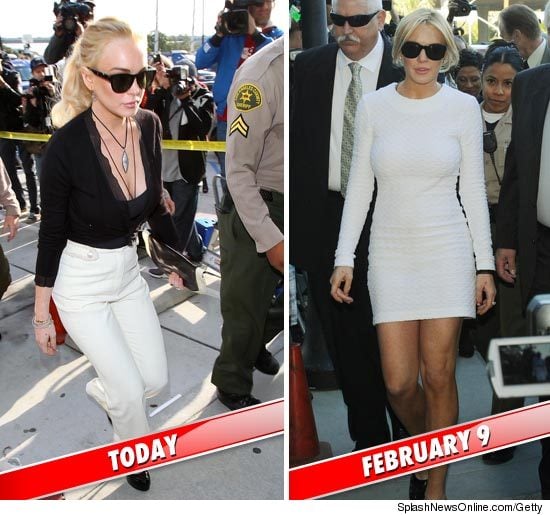 The outfit change makes sense though, as both the prosecuting attorney and the judge did not seem at all interested in Lindsay’s complimentary lap dances, but strangely enough, the stenographer was all over it, even though I was POSITIVE he was gay.

As a dutiful Muslim, I must say that I find both “looks” to be in gross contrast to Allah’s will, but I am still a man, and cannot get over a woman in pants. YOWSER! If she could just make the effort to wrap her face up, she would really be rockin’ the whole package.