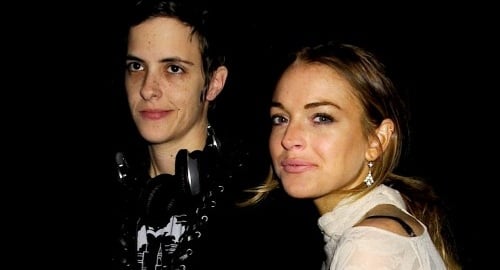 I used to think that Lindsay Lohan was a petulant little harlot too sullied and polluted by years of causal sex to ever be considered for marriage. But after reading that Lindsay may have been beaten by her former boyfriend Sam Ronson, I may have to reconsider.

A supposed friend of Lindsay’s told the following to RadarOnline.com: “One time I saw Lindsay and she had a large welt on her head. She told me that Sam beat the s**t out of her. She also said that Sam even punched and choked her one time.”

If true, Lindsay Lohan would be the perfect candidate for marriage. An obedient wife is hard to find in this country, but Lindsay seems to know her place. She also seems to understand that the more someone loves you the more likely they are to beat and choke you because you forgot to feed the goats.

Now, there is still the matter of Lindsay’s promiscuous past, but I try to be progressive when it comes to such matters. A quick female circumcision performed by my cousin Husam would help to curb Lindsay’s more sinful urges, allowing her to focus on woman’s work like rearing children and slaughtering animals with my other wives.

Lindsay, will you marry me?