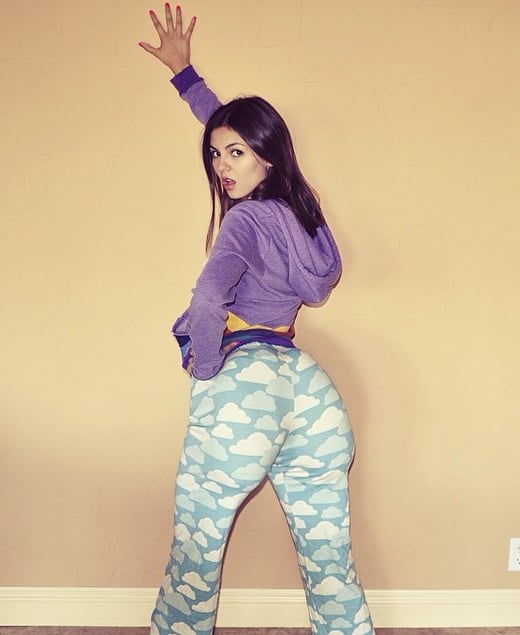 Former Nickelodeon star Victoria Justice is embroiled in controversy after releasing this photo mocking the she-beast known as Nicki Minaj.

Apparently by making fun of Nicki Minaj’s grossly enormous ass, Victoria Justice is taking part in what is known in the West as “fat shaming”. Fat shaming is when attractive girls post things online which make disgusting obese mongoloid women (like Nicki Minaj and the vast majority of women in the US of A) feel bad about their hideous appearance, so they get together and browbeat these attractive girls into apologizing for having a physically superior appearance.

Since the Zionists have brain washed the infidel masses into believing that a capitalist liberal democracy is the only option for a “free society”, this pandering to the lowest common denominator will continue. Anyone showing any exceptional qualities will be an enemy of the state, as the crushing oppression of the mediocre majority grinds all human progress to a halt… until of course us Muslims conquer the world and truly free humanity by installing a holy Islamic theocracy in which fatties are openly ridiculed.